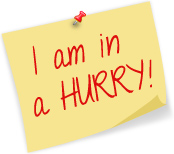 (Emphasis is that of this author, not the OklahomaSupreme Court)

A synopsis of the facts:

On July 10, 1996 The Oklahoma Real Estate Commission reprimanded and fined Kenneth W. Snider, the appellant, $200.00 for false and misleading statements in an advertising brochure, which the Commission found to be in violation of 59 O.S.1991, § 858-312(2). Snider appealed the Commission's order to the district court, which affirmed the order. Snider then further appealed the judgment of the district court, and the Court of Civil Appeals affirmed.

The reprimand was based on an advertising booklet used by Snider entitled "The Buyer's Agent" published by the Buyer's Agent, Inc. The Commission questioned the assertions in the booklet that buyers' agents saved buyers thousands of dollars. The Commission also questioned the statement on the inside back cover of the booklet that, "Beware of any agent who mentions the words 'dual agent,' 'assigned agent,' 'contract broker' etc.."

The examiner in his report to the Commission recited the allegations including the falsity of the booklet's reports of savings by clients using The Buyer's Agent in purchasing homes. But Snider had presented signed statements from the actual buyers whose savings were documented in the booklet. They affirmed that they had saved the amounts advertised. Also before the hearing examiner was the allegation that the statements in the booklet contrasting tasks done by "traditional agents" with tasks "always performed" by The Buyer's Agent were false and misleading. The hearing examiner noted that the State did not present evidence to indicate that these statements were false or misleading. Finally, the hearing examiner quoted the dual agent statement from the booklet and concluded, "The last sentence is false and misleading on its face in that it indicates that the 'agents' referred to always give buyers less than full representation." The hearing examiner concluded that Snider had violated 59 O.S.1991, § 858-312(2), and Oklahoma Real Estate Commission Rule 605:10-9-4(a)(5).

Snider appealed to the district court, which affirmed the July 10, 1996, order. Snider then appealed, and the Court of Civil Appeals affirmed the order.

Snider appealed to the Oklahoma Supreme Court. The Supreme Court reversed the findings of the Commission and the lower courts. In their decision they stated:

"A review of the entire booklet from which the statement found false and misleading is taken reveals one premise. That premise is stated on page 2 of the booklet, and is that traditional real estate firms represent the seller, and that when they try to represent the seller and the buyer, they cannot meaningfully represent both. Page four of the booklet states that "By law, selling agents must negotiate in the best interest of their clients, not withhold information from them, and must present their property in a favorable manner." It uses the illustration that one would not go to court using the same attorney who represents the opposing side. The booklet explains its reasons for these statements and the advantage to a buyer who is represented by an agent. The information in the booklet continuously refers to the law of agency. Agency law is not an area in which the Oklahoma Real Estate Commission can claim expertise superior to the courts of Oklahoma."

"The challenged sentence is the last statement in the booklet, which was attached as an exhibit to the appellant's brief to the trial court. The entire booklet was also copied and attached as an exhibit in the Record of Proceedings before the Real Estate Commission. The booklet clearly expresses that an agent for the seller in a real estate transaction, or a dual agent representing both the seller and the buyer cannot fully represent the buyer. That conclusion is neither false nor misleading, and is in fact, the law of the State of Oklahoma. It is true that a real estate agent may legally represent both the buyer and seller in a real estate transaction so long as both parties know of the dual representation and give their assent. The reason assent is necessary is the dangers involved for the parties in dual representation...."

"In the traditional, historical relationship a real estate agent was the agent of the seller, and this agency did not extend to the buyer, even though both parties received and relied on information from the agent. The buyer was not represented. The problem with the traditional relationship is that unsophisticated buyers negotiate with brokers who have little or no duty to protect buyers' interests."

"With residential real estate transactions, "it is a widely accepted rule of agency law that a real estate broker operating under an exclusive listing contract with the seller of the property stands in an agency relationship to the seller." The Supreme Court of Colorado observed that the prevailing perception of the broker as an agent of the seller is firmly imbedded in the real estate business, and therefore a written agreement is necessary to establish an agency relationship between a purchaser and a real estate broker or salesperson. One government survey has shown that over 70% of all buyers surveyed believed that the cooperating broker was acting as their agent. This misunderstanding by buyers of whether or not they were being represented by the real estate agent with which they were dealing was apparently significant enough that the Oklahoma Real Estate Commission believed the promulgation of a rule was necessary. Oklahoma Real Estate Commission Rule 605:10-15-2 (1996) provides that in every real estate sales transaction involving a licensee as an agent or principal, the licensee must clearly disclose to the buyer and seller the agency relationship or relationships."

"We find that the statement in the booklet for which the appellant was sanctioned is neither false nor misleading. Sellers' agents and dual agents do not and cannot by law give a buyer the same degree of loyalty as an agent who acts on behalf of a buyer. Sellers' agents owe their allegiance to the seller. Dual agency invites a conflict of interest. A buyer who relies on the seller's agent or on dual agency does not receive the same degree of legal protection as that afforded by an agent acting solely on behalf of the buyer....."

Purchasing a Home? Some Things You Should NOT Do.

Don't make any major purchases such as a new car, expensive electronics or appliance, or anything else that you cannot pay cash for. The extra payments may prevent you from getting a loan.

Don't move money from one account or investment to another. One of the things a lender is concerned about is the source of funds for your down payment and closing costs. The lender will ask for statements for the last 3 months for all your bank and investment accounts and even your company 401K and retirement accounts.

Lenders like to see what is referred to as "seasoned money", that is, money that has been accumulating in an account over a period of months or years. If your bank account has a large deposit that was made less than 3 months ago they may think the money was a loan from a relative who is trying to help you qualify for a loan. Then you will have to prove where the funds came from which can be a time consuming process.

Please, leave your money where it is until you talk to a loan officer. And don't move a significant amount around without letting the lender know about it in advance.